“Do you want me to be liberal or tell the truth?” Taken from Aniruddha Roy Chowdhury’ controversial directorial, Pink, a story of three female housemates in Delhi, this dialogue resonates the harsh reality of the perception of an independent woman’s stature in our society, particularly when they choose to live outside of the family home.

The film is certainly an awakening into how much patriarchy still outweighs the Indian mindset. The narrative doesn’t shy away from displaying the default categories a single woman, whose home is void of a husband, is often classed into, many of which are far from complimentary. Whilst cities like Mumbai and Delhi have thousands of women living and working in the city away from home, the concept of having one’s space and making their own life decisions is still not encouraged enough for the Indian woman – truth. 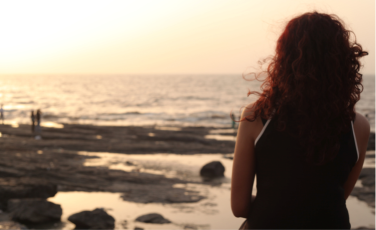 Living alone as a single woman in my 30’s in London, (with my parent’s house only minutes away from me) I’m thankful for not experiencing a major ripple effect away from a place my parents once called home, more so as nuclear families are considered the norm in Western countries. Discretion, however, is not a trait that bodes well in our society, no matter what part of the world you come from. Even in the UK, it’s not universally accepted within Indian communities, that my liberal upbringing can never discount my cultural knowledge – that is my truth.

My culture’s harsh reality, however, is that women traditionally were, and many still are, raised to follow a man’s lead. Aspiring to be a bride is our ultimate achievement, where we swiftly move from our father’s home into our husband’s home, and the namesake follows the same path – neither name nor home is primarily ours. We learn to cook for the masses, because individual portions are not accounted for when inheriting family recipes. When would an occasion ever arise for you to cater for one, unless it’s your pati parmeshwar? (Husband in the form of God)

Sarcasm aside and the reality of 2017 is that the next wave of young Indian men and women are far from upholding these attitudes, I hear you say. But, amongst all these stereotypes of an Indian woman’s ultimate role in society, there is an undeniable pattern of denying the encouragement to embrace her choice to be an individual in a space that she can call her own, which unfortunately is still applicable today.

“I don’t think there is any ‘importance’ ascribed in India to living alone.” my close friend from Delhi (who now lives in London) bluntly states. “Firstly, if your family are in close proximity then it doesn’t make practical sense. The average Indian has to consider the cost of buying their own food, maid management, house chores, cooking, a driver and staying alone in Delhi as a girl, which often causes concerns. And secondly the concept of having your own space to develop the self and be independent isn’t considered important. Women living by themselves in the same city as the parents is socially unacceptable unless your work locates you elsewhere.”

My mother was considered the exception to the norm, as she moved to the UK from Mumbai at a young age to work; hence circumstances moulded her to be the independent woman that she is today. Living alone, her determination to learn the importance of everyday tasks, right through from travelling alone to managing her rent, turned this alien environment into her home; and this was all before marriage. Today, she happily designates herself as the in-house DIY engineer, knowing there is no harm of bruising my father’s ego.

“But whatever practical things we might need to know in order to be truly independent, we seem to learn by accident.” says another close Indian friend of mine from Switzerland. “I still remember the first time my dad took me to close an account that was in my name. When I got there, he was upset that I hadn’t thought of taking ID, and I thought…how on earth was I supposed to know that?” After her divorce she realised that women are not taught the courage, the importance, the beauty and sheer pleasure of having one’s own home. “Living on one’s own terms be it little things like when to eat, what to eat right through to bigger things like getting a mortgage. The moment people knew I was about to leave my ex, they were already looking for another husband for me!”

An unhappy marriage itself can create loneliness, I’ve often been told by married (and divorced) friends, and so it’s empowering that Indian women across the world are finding the courage to walk away from toxic relationships despite the never ending societal backlash. Encouragement for divorced women to lead their own lives is necessary rather than being treated like an outcast. Female solidarity, however, should not just be celebrated following their victimisation. Why are we waiting for a tragedy or enlightenment before society nods its head in unison at a woman’s new found independence?

“A completely independent woman (education is one thing; being completely self-sufficient is another) is threatening to the Indian way!” says my Indian Canadian friend. “What will happen to society when a woman discovers she doesn’t actually ‘need’ a man? And, *gasp*, that she can have fun and be fulfilled as well. It’s a threat generally to the nuclear family that the west is also premised on.” Her initial efforts in wanting to live alone were followed by her mother’s reaction of “You can do that when you’re married!” Too much independence is often translated as a clear no-no on your marriage bio-data!

“The word ‘marriage’ or ‘husband’ was never uttered throughout my upbringing,” claims a friend who moved from India to the UK to study and work. “With the education and opportunities which my parents provided me, they had faced a lot of criticism from friends and family alike! But they made me into a strong individual so that I could live on my own. Even when I met my husband, my parents did not agree to our marriage until I finished my PhD and secured a job.”

One of the setbacks in changing traditional and often non-practical expectations is the lack of parents themselves supporting other parents. My parents’ friends are all equally as encouraging for their daughters and their sons to create secure futures for themselves, and with the recent volatility in the UK economy, buying their own home as an investment is an essential part of that.

At the age of 25, whilst watching my white friends move out or buy their own place, (before the UK markets drama was even foreseeable), I was shocked when my mum nagged me to start looking for my own place to buy. Hungover from the Karan Johar Bollywood cotton wool fantasies on true love eventually finding me, the desi woman in me blurted out, “Don’t you want me in your home anymore? I’m not even married. Indians don’t do this!” Bringing me back to reality, my dad retaliated with “What if your husband treats you like crap or leaves you? What will you do then?” Better later than never, but to this day I am so thankful for that response!

By no means do I feel that co-dependency should be dismissed at all, it should be just as equally embraced. Having both being away from home at a young age, I have immense admiration for my parents who collectively applied their life lessons in living alone to build their future. The mutual respect they had for each other for being their own individuals was core to their relationship

In an era where women are fighting to be recognised as their own individuals, a young friend of mine, who met her husband and settled outside of the UK, was often criticised for not being independent enough. “I love being dependent on my husband for certain things, and I love that he is dependent on me as well because we are always reminded of how much we need each other.”

Our culture prides itself on unity and togetherness, and contrary to belief, living alone does not detach me from that. In my mid-thirties, I have so much gratitude of having my own space and creating it into a place I can call home. I’m thankful for the sense of peace I find in my own company. I love the fact that my mother has taught me how many fistfuls of rice or lentils (yes that’s the Indian metrics) is required when cooking for just one. Despite my family living within close proximity, there is a sense of excitement when my sister and I see each other every few weeks.

Criticism and disapproving looks from the community flows aplenty, but I know deep down that that I’m still my parents’ little girl who was raised to fend for herself. I’m still that girl who comes to every Navratri celebration, who sits and has masala chai with her nani at the weekends. I’m the woman who acknowledges the silent but known agreement with my parents that I can and will continue to handle my personal relationships with maturity, but more importantly that I can be proud in my choice to be truthful to who I am and how I live.