As a British Indian I am one of many women whose marriageable sell-by-date is often defined by society. A passionate Kathak dancer (north Indian classical form) and traveller, I worked in the banking technology sector for over ten years until I was made redundant.  In wanting to understand one of many South Asian stigmas, I flew to India last year with a fellow filmmaker friend, Shakir Kadri, and became the subject of a documentary, Desperately Seeking Husband, that attempts to understand the importance of marriage today.  Desperately Seeking Husband is my personal journey across the cities of Mumbai, Jaipur and Delhi, where I not only explore but actually engage in traditional and non-traditional methods that women of my generation are undertaking to find a suitable partner for matrimony. From being introduced to suitors through friends and family to signing up on matrimonial ads and websites, my adventure led me to explore the social class and religion structures of India as well as trying to understand the complexities of the institution of marriage and the pressures on women around the world to enter wedlock, from those who have been married for over fifty years to those who have not even given it a thought.

In the process I unearthed a face to India that was unknown to me; complex and astounding stories of young people frustrated by living double-lives and India potentially facing a new type of crisis between its children and parents forcing me to determine how true I have been to myself. It’s not just the men and women of India in their 20’s and 30’s who speak out, but families, marriage counselors and even university professors all give an insight into the institute of marriage and its history in India emphasizing how the identity of young people is being influenced from everything from the internet to everyday relationships. The documentary promises to be a personal portrayal that is moving, provocative and dramatic as much as it is a comedy-of-errors, and equally a celebration of community, togetherness and love.

Check out a sneak preview of the journey

Follow my journey on the official Desperately Seeking Husband blogspot

See how my journey progressed in my Asiana.TV mini series here

Read my insights on marriage today in my article, The M Word, in Asian Woman Magazine

A few stills from the upcoming documentary. Courtesy of Yashveer Singh 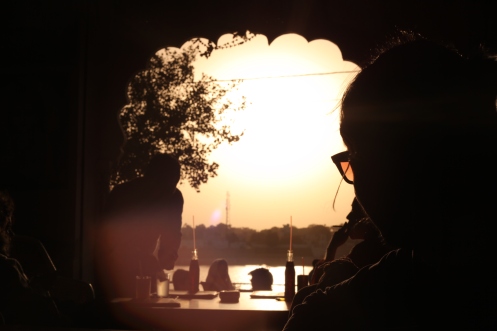 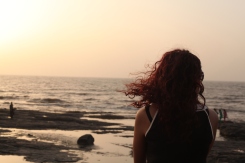 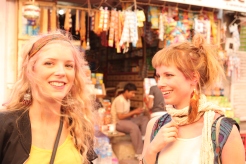