It’s time you and I faced up to reality – you’re no longer welcome in my life. The exhaustion of constantly worrying when you may fall back on my shoulders with every decision I make, has become unfathomable. For as long as I can remember, you have consistently been the catalyst which forces me to self-doubt my sense of identity, interweaving through every journey I undertake. 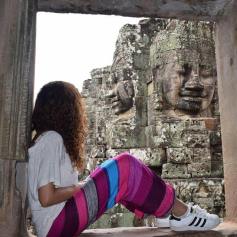 As a child, you were the invisible mask delicately placed across faces of those so-called family members who didn’t hesitate to remind me that fairness was superior  – and whilst my luscious locks were seen as wild and untamed – the female gender could be anything but that. You crept into the egos of those teenage bullies and reflected your presence back to me when I was omitted from the clique of the circle of popularity  – my looks just didn’t reach the benchmark of prettiness.

You became the uninvited agent to ensure my every move was scrutinised under a biased microscopic lens. It is me who has been reminded to think twice about my attire before I could step out of the house – because educating the big bad world on how to respect and protect women wasn’t of importance. You constantly try to make sure me and all women across the world are guilt tripped into thinking, through your messengers of the patriarchy, that sexual abuse somehow, is always our fault.

Through your proxy that is the narrow-minded societies we are often surrounded by, the concept of a single woman embracing her independence and sexual liberation will inevitably be shrouded by the united voices of disappointment, suspicion and disgust  – goaded by your existence. The courage and strength that drives women to create a sense of self-belonging is swiftly undermined by the harsh reminder from members of your tribe who identify the absence of a ring! We are forced to find our own space at the table, because you don’t allow us to organically fit in unless these social tick boxes are marked as fast as we would do with a take out menu!

Addressing mental health and well-being is always interrupted by your arrival – because you only have a black and white view on a person’s mental state. Being raised in a community that thrives on unity and cohesion, doesn’t exempt me from a sense of otherness – it doesn’t by default stop me from that gut-wrenching feeling of self-loathe and despair. Even when we choose to actively address and resolve these deeper behavioural psyche issues – no matter how big or small, you echo your dismay, accusing me of attention-seeking. 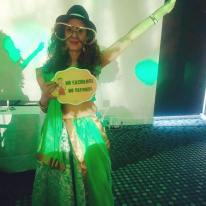 The stigmas determining how women of my and in fact, any generation, should conform to societal norms, use you as a transparent noose that clings around my neck so tightly every time I try to raise my voice. You are well aware of the power you hold when women are coerced into remaining in unhappy marriages, when divorcees and even single women are gazed at with either suspicion or pity, or when widowers still uphold the belief in leading submissive lives. Right from the era of Hindu mythology, where the Ramayana narrated how Sita jumped into the fire to prove her chastity to Lord Rama when he doubted her fidelity; you played a part then and still do today.

In my journey to detach myself from your presence mounted in those with whom I cross paths daily, I use my words to try and identify with those who are facing the same struggles – struggles which actually shouldn’t even exist  – isn’t that where shame belongs? As women of colour, we still fight to have our stories told, in our words and not have a narrative created on our behalf. Yet this otherness, that we feel we are scantily placed in, goes beyond just race. The otherness resides in how we, collectively as women treat each other – and as long as, you, shame, define our narrative – we continue to typecast each other as uninvitingly different and misplaced.

I don’t need your couriers to question how I choose to live, what I wear, who I share my bed with, what I eat, how much I eat – because what matters is that the choices I make are mine to fulfil and be accountable for without a deliberate intent to harm those I love. Force your overwhelming energy back to where it is needed the most – the patriarch where women are objectified as a man’s property to abuse and vilify shamelessly because her body isn’t seen as her own. Reside in those homes and communities where child marriages, rape within marriages and female foeticide are still occurring under the pedestal where Goddess Durga sits on proudly.

It’s not us who should be silenced or forced into guilt, it is those who hold resentment and fear of what our collective voices can evolve into that need you. Because I certainly don’t and I no longer wish to carry you alongside with me. It’s not me, it’s you. So f** off! Because it’s over.